I’ve had relatively more time for hobbies and what-not since I moved a few months ago, compared to when I lived in Metro Manila: the huge time sink that is the daily commute then isn’t much now, partly due to my decision to live a little closer to work, and partly due to the fact that the public transportation system actually works here – albeit that bar being a pretty low hurdle to clear when you’re talking about Manila.

That being said, I’ve been trying to not think of work outside of work hours, which isn’t easy for me, I’d have to say. I was never good at keeping the two separate, as probably evidenced by a significant bit of my bookshelf, which is filled by technical books and what-not. 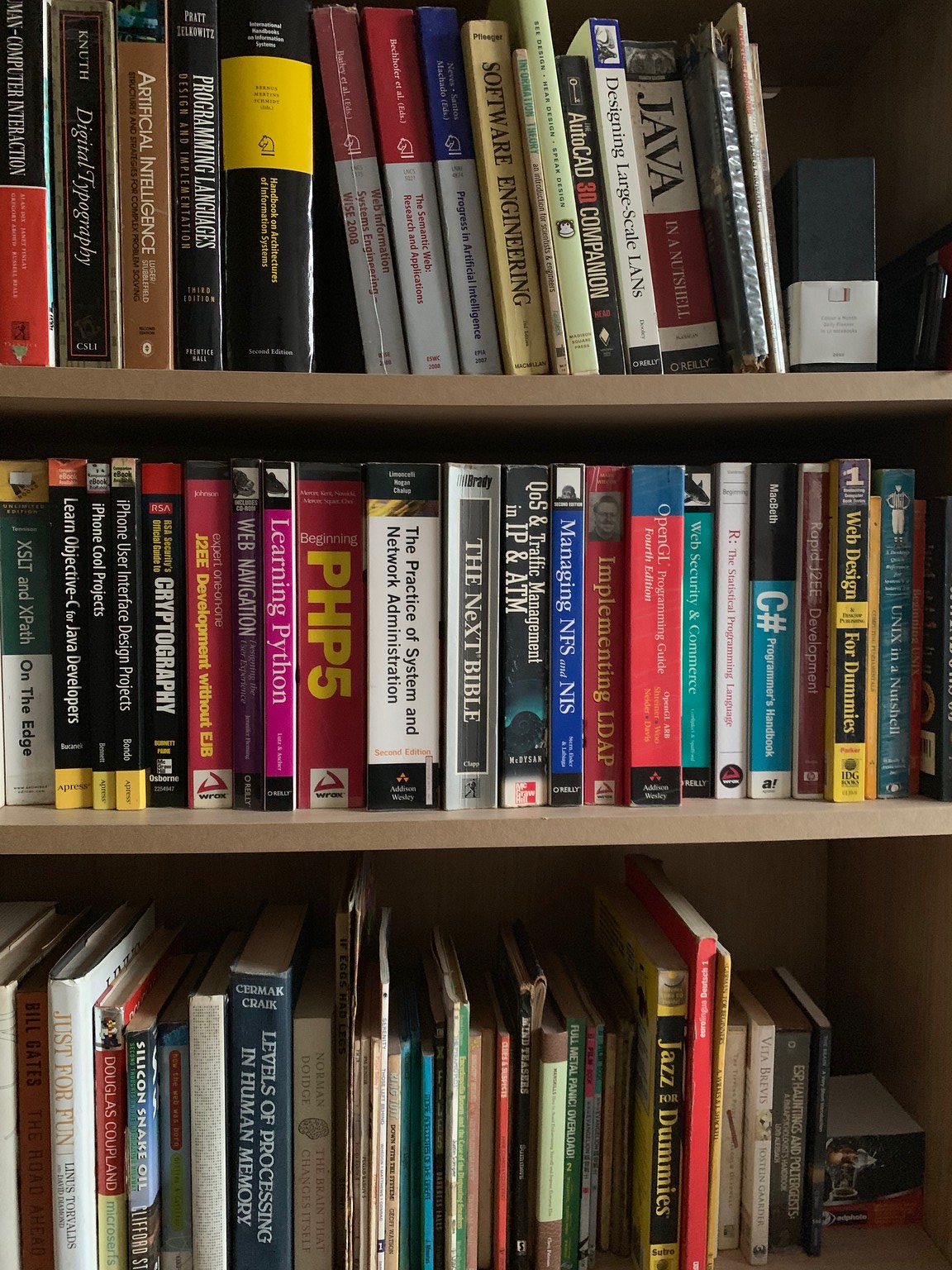 Don’t get me wrong, I do read to relax – there’s a chunk of fiction in my shelf too – but even back in Manila I spent quite some time off work on personal projects, writing code.

It helps though that I’m starting to have a more regimented schedule, of sorts. I still do try to work on personal projects on Saturdays, and I keep Sundays for doing all my house chores as I’ve mentioned previously in passing; that leaves chunks of my weeknights free. Wednesday night I spend playing D&D with friends, while I spend other weeknights (usually Mondays or Thursdays) climbing or bouldering at a gym not too far from work. And in between, I try to catch up on my reading – try being the operative word here: I bought myself a PS4 last December, so honestly that’s been eating up some of my downtime.

The rest of the time though? That’s reserved for sleep. And food.